We provide services for the entire life-cycle of a project, including the capacity to develop a strategic direction, identify a clear plan of action, set concrete goals, and implement those goals. Whether it is a foundation exploring new ways of making an impact, a business working to build their brand through community relations, or an organization short-staffed in the face of growth or reorganization, Plazak Associates takes on each engagement with enthusiasm, dedication, and a sense of ownership. 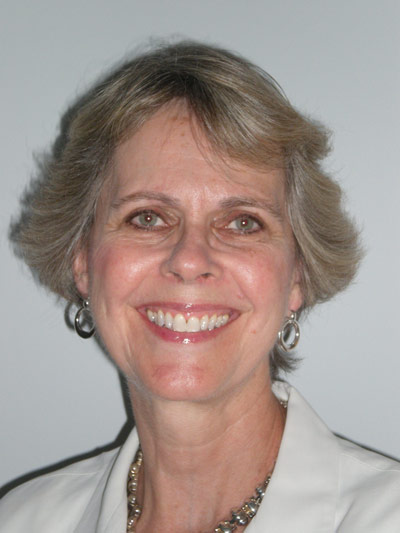 Kathy Plazak is an experienced business executive with extensive experience in community relations, philanthropy, government relations, administration and management. Kathy spent over 20 years in the corporate sector, most recently with New England Financial, where she was Vice President of Public Affairs and Corporate Secretary, with responsibility for the company's community relations, charitable giving program, employee voluntarism, and federal, state, and local government relations.

In addition to her professional experience, Kathy has served on a number of non-profit boards of directors. Current and past affiliations include the United Way of Massachusetts Bay, Boston AfterSchool & Beyond, the Boston Plan for Excellence in the Public Schools, the Boston Minuteman Council of the Boy Scouts of America, uAspire (formerly ACCESS), and the Institute for Nonprofit Practice (INP).

In 2002, Kathy established Plazak Associates serving corporate, foundation, and non-profit clients, with a focus on hands-on management and planning services.

Advised foundation on the creation of a philanthropic prize focused on the environment, including research, facilitation of advisory committee, and management of the prize implementation.

Boston's After-School for All Partnership

Led a year-long planning effort involving the city's major funders, after-school providers and intermediaries to develop a citywide infrastructure to support Boston's after-school sector. Resulted in the creation of Boston After School & Beyond.

Served as Conference Director for IDEAS Boston 2004 and 2005, managing all aspects of this innovative event that brings together the region's leading thinkers in a broad variety of fields.

Conducted outreach to generate a robust pool of candidates for a Program Officer position.

Spun off this Boston Globe initiative in 2006 to operate as a non-profit organization and ran all aspects of the event - sponsorship, event production, and program development.

Served as Executive Director of this 2009 8,000-person international Congress in Boston. Advised and supported Congress Presidents on all aspects of event, supervised the work of Congress Organizer, and coordinated the efforts of multiple volunteer committees.

Assisted with the development of a philanthropic strategy for entering the Dallas market, including research on community needs and outreach to philanthropic leaders.

Assisted with identification and recruitment of executives to serve on the campaign cabinet for $33 million campaign.

Planning, management, and support of a range of special projects and ongoing initiatives for this consulting and research firm, including assistance with program implementation, research projects, business networks, and special events.

Helped launch this regional medical/scientific society, including development of organizational/ legal documents, board formation, and operating protocols; currently serve as Executive Director, responsible for all administration and program support.

Served as Interim President of mentoring organization with programs in Boston, Pittsburgh and Miami; provided operational leadership, board interaction, and general management during search for new President.

Served as Interim President and CEO during year-long leadership transition, leading the executive team and overseeing all operational aspects of this 141-bed nursing and rehabilitation facility.

Facilitated Board strategic planning process and governance initiatives. Coordinated and staffed the search for a new President and CEO.

Served as advisor for IDEAS Boston as this project was taken over by the university.

School for Global Inclusion and Social Development (SGISD) – Assisted this new graduate school with multiple aspects of an international conference in 2015, including the identification and recruitment of a Host Committee, sponsor development, and audience outreach.

“Kathy is the consummate consultant to assist an organization. Her communication, organization, and interpersonal skills are unrivaled, whether interfacing with board members or administrative personnel.”

“Kathy is one of those rare consultants who jumps in, quickly assesses the strategic choices and then manages an implementation process that goes to the heart of the issue.”

“Kathy was the glue that held together the IDEAS Boston conference for The Boston Globe.  It wouldn’t happen without her.”

“Her planning, attention to detail, and facilitation skills are terrific. She greatly helped South Cove Manor in furthering its mission and strengthening its organization.”

“She is a strong communicator and a good facilitator; she sets clear expectations for her work and delivers what she promises.”

“Whether it’s a major glitch or the smallest detail, you can count on Kathy to handle it.  I would bring her on board for any project that I wanted done well and on time.”

“We were delighted to have Kathy Plazak as the Executive Director of the 2009 ISTH Congress. Kathy is creative, energetic, and responsible.”

“Her organizational skills and broad expertise ensured smooth progress toward our goals. Having Kathy involved greatly facilitated the organization of the Congress.”

“She sees the “big picture” and can help others see it, yet she is also very good at managing the details of execution.”